The Polish Students Association at the University of Toronto, hereinafter referred to as ‘PSA at U of T’ is an apolitical organization designed to:

To propagate and promote Polish culture and heritage among Polish-Canadians
To carry on social and cultural activities
To provide an opportunity for its members to learn and nurture the Polish language
To provide a means for interaction among various generations of Polish-Canadians and individuals of non-Polish descent in the U of T community interested in Polish culture.

The PSA at the University of Toronto St. George campus will operate in compliance with all relevant U of T policies.

The location of the PSA office will be at the University of Toronto St. George campus.

The PSA executive has the exclusive right to speak on behalf of the PSA at the University of Toronto St. George Campus as agreed upon by its Executive Body.

The PSA is composed of students, alumni, faculty, and staff of the University of Toronto St. George campus.

Any member of the University of Toronto community (including students, staff, faculty, and alumni) has the right to become a member. The executive body has the right to grant membership to anyone who has an interest in the Polish language and culture, and in maintaining social contact with the PSA.

Membership in the PSA is acquired:

Membership with the PSA is a privilege, not a right, and may be revoked when a person does not conform to the constitution at the sole discretion of the Executive Body. The decision may be appealed and the member in question may provide a defense at the first instance of voting and subsequently appeal any decision of the first instance to the general membership (U of T members). The general membership (U of T members) is the only ones who would then cast a final deciding vote by majority.

Executive meetings will take place once a month during the university academic year as deemed necessary by the Executive Body. A majority of Executive Body must be present in order for the meeting to be constitutionally considered an official one.

General meetings of the PSA must be announced to its members one week prior to when the meeting is to be held.

The Executive Body will consist of:

Those who are present at the electoral meeting will elect the Executive Body annually during elections held in September or early October. The candidate who obtains the position will be the one who acquires the most votes during the election.

Being a member of the Executive Body is a privilege, not a right and may be revoked by a majority vote of the Executive body when a person does not perform according to the constitution, the University’s code of conduct, or does not fulfill their duties. The decision may be appealed and the executive member in question may provide a defence at the first instance of voting and subsequently appeal any decision of the first instance to the general membership (U of T members). The general membership (U of T members) is the only ones who would then cast a final deciding vote by majority.

In the event of a vacancy, an executive appointment is permitted, but is only valid once ratified by the general membership (U of T members).

Submission for potential candidature will open two weeks prior to the election date, inclusive. To facilitate the workings of the Executive Body, it shall be expected that all nominees posses at least a rudimentary ability to speak, comprehend, and read Polish.

The date and place of elections must be made known to the University of Toronto St. George campus community at least fourteen (14) days prior to when elections are to be held.

The term of office commences and ends with elections. All powers held by the previous Executive Body are transferred to the new Executive Body promptly, including, but not limited, to the transfer of all financial accounts, access to the PSA office, control of the PSA listservs, and representation of the club to the University of Toronto St. George campus.

The club will be financed primarily through fundraising, donations, and membership fees.

A financial statement must be provided annually stating finances accumulated during the year, resources from previous years, and expenses for the current year. Members may view the financial statement upon requesting it from the Treasurer, at which time the statement shall be procured within ten (10) business days from the date of the demand.

This constitution may be altered or amended only by a two-third (2/3) majority vote during a General Meeting.

Number of persons per position

a. The President shall:
1. Act as a spokesperson for the Club
2. Be responsible for the organization, administration and continuity of the Club
3. Redistribute Executive duties from one Executive member to another
4. Prepare an agenda for and chair every meeting hosted by the Club
5. Share signing authority over Club funds with the Treasurer

b. The Vice President shall
1. Fulfill the role of President when they are absent
2. Aid in the organization of events with the help of Executive members

c. The Secretary shall:
1. attend and keep minutes for all Club meetings
2. Be the contact person for the PSA
3. Check PSA email and keep track of correspondance

d. The Treasurer shall:
1. Deposit all Club funds in the name of the Club accounts
2. Make reports on Club accounts at every meeting
3. Share signing authority over Club funds with the President and Vice President

e. The Public Relations Officer(s) shall:
1. Create brochures and other promotional materials for the Club
2. Publicize all Club meetings and events to University of Toronto students and public at large
3. Maintain contact with outside organizations and contact them before events

g. The Event Coordinator(s) shall:
1. Organize movie nights and educational meetings and keep records of all movies
2. Organize trips and provide leadership for students during the trip
3. Book rooms in Hart House and other University of Toronto St. George campus buildings and facilities for events

h. The Webmaster shall:
1. Maintain and update the website
2. Act as an adviser to the President

i. The Moderator(s) shall:
1. Publish newsletters for the purpose of distribution among University of Toronto students and Club members
2. Maintain the PSA listserv (psa-info) and keep an up-to-date database of all members
3. Approve all information being sent out is accurate in both English and Polish grammar and spelling

k. Alumni Representative shall:
1. Maintain contact with alumni of the PSA and wider Polish community
2. Advise and help executive with events, promotion and other tasks as needed 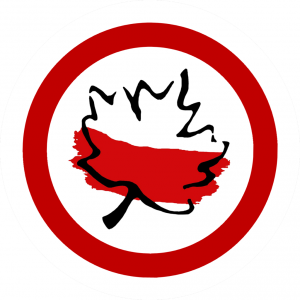